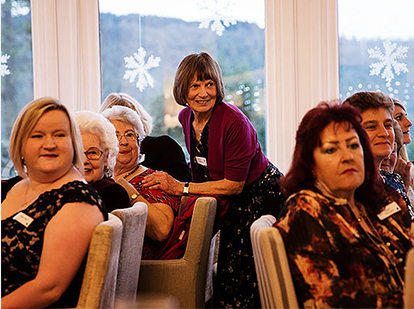 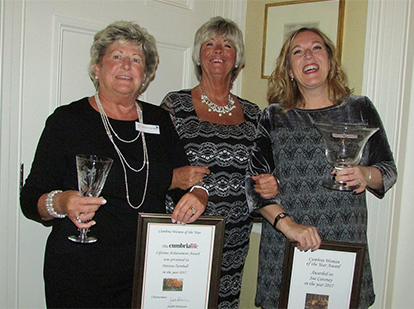 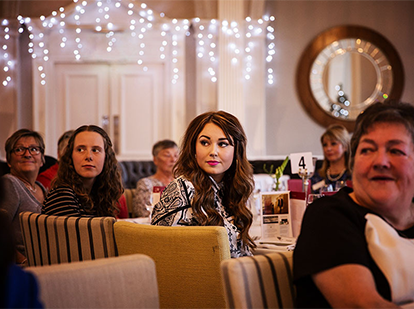 The Cumbria Women of the Year annual event was started by Juliet Westoll in 1990, to support the work of Barnardos at Barrows Green, Kendal with Viscountess Whitelaw as Patron.

The event aims to find special ladies who are often unsung heroines of our county and honour those who work devotedly for the good of others. Public nominations are sought and the reasons for nomination are diverse, with nominees spanning all walks of life. The woman may be a devoted carer or charity worker, recognised for her outstanding professional achievement, often going beyond the call of duty.  They may be recognised for their personal sacrifice or their ability to overcome adversity and offer inspiration to others. They could have gained success in sport or made a positive difference to the people around them.

The difficult task of selecting a winner is undertaken by the committee, which is made up of 14 voluntary community representatives from all over the county. These ladies, as well as organising and fund-raising for the lunch, act as hostesses for the nominees at the lunch and many have been nominees themselves. Three committee members are former winners themselves.

The announcement and presentation of the Cumbria Woman of the Year award is given at a lunch held at local hotels towards the end of the year and is funded by the generosity of local corporate sponsorship.

In 2005, after many years association with the lunch, Fiona Armstrong, who has been a regular speaker at the lunch, and Susie Bagot of Levens Hall, Kendal, agreed to become Patrons succeeding Lady Cressida Inglewood of Hutton in the Forest. After twenty years of outstanding leadership and commitment as Chairman, Juliet Westoll has now joined them as a Patron.

The Woman of the Year lunch offers the ladies a special day in a beautiful location as a thank-you for their contribution to Cumbrian life and honours their successful achievements.

Nominate for 2022
Cumbria Women of the Year

When selecting the Cumbria Women of the Year, the Committee looks for
an approachable and caring person who can overcome adversity,
build bridges and inspire others.

Charities Of The Year:

Our chosen charity of 2019 is Jigsaw. To see all the amazing charities we have supported click the link. Past charities